The Cosmic Creation Cube is a puzzle video game currently in development which will eventually be available on Kickstarter as a companion piece related to the book. It is based on concepts centered around the creation and preservation of information that have been simplified by the author and then combined to make a game people will hopefully find fun and somewhat educational.

A screenshot from a demo version of the video game is shown below. 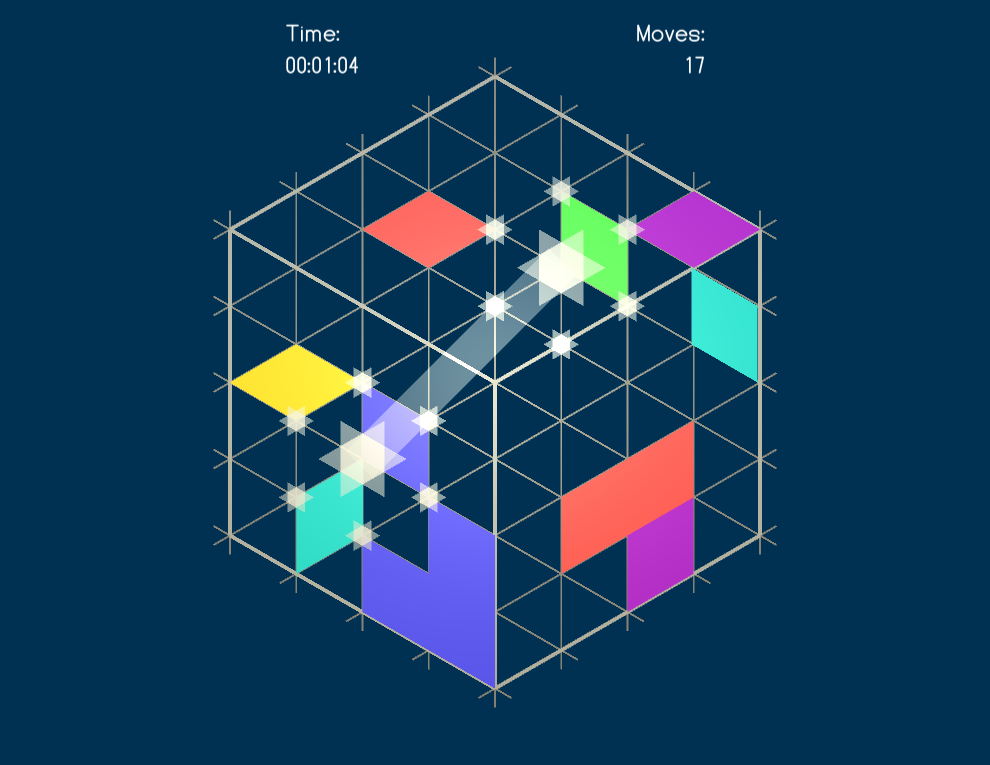 The ideas in the Cosmic Creation Cube show some of the differences between quantum and classical information and have been inspired by the following branches of science and engineering:

These ideas have then been integrated with several features from popular games. For example, the goal of the video game is to fill in certain areas with the same color, similar to a Rubik’s Cube. However, instead of a physical 3D cube with six sides, there is a virtual 2D triangular lattice with three 4×4 areas and which looks like a blueprint. These flat areas have been arranged to simulate the appearance of three dimensions (known as 2.5D). In addition, instead of a rotating cube mechanism with a fixed number of colored pieces, the lattice is static while the different kinds of tiles that are created can either “quantum leap” from point to point or slide in various directions similar to those in the 15-puzzle. The colors of the tiles can also flip due to interactions with their neighbors like Conway’s Game of Life.

People who win the game can choose to upload their version of a completely filled in lattice along with their selfie, both of which will be used by the author to help artistically depict the face of God.