Skip to content Skip to main menu
Home › About 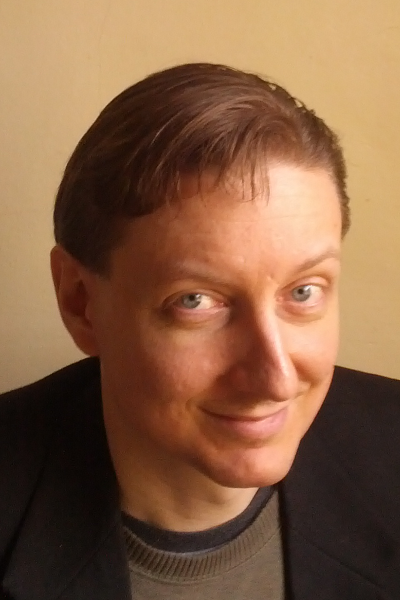 Craig E. Duncan has a mechanical engineering degree from Penn State with a minor in art. He has worked as a software developer and graphic designer in the IT industry, including earning the Microsoft Certified Solutions Developer (MCSD) certification. Craig also helped promote XML Web service protocols and Service-Oriented Architecture (SOA) to key members of the FAA for what is now known as System Wide Information Management (SWIM) in the Next Generation Air Transportation System (NextGen). He enjoys playing classical guitar for fun.

One of Craig’s goals is to become a leading Systems Philosopher. In addition, he wants to help pioneer the use of concepts from information theory and control engineering in theology, bringing the study of God into the 21st century (or 58th century if you use the Hebrew calendar). Craig sees himself as a Spiritual Engineer, building bridges of information which will help people decide to accept God’s salvation (Yeshua/Jesus) as well as reassuring current believers that their faith is rational and not blind. He looks up to people who stand on the shoulders of giants, and has chosen to stand “in the shoulder” of a fractal Giant, the emerging body of Christ. Craig hopes someday you will find it (if you have not yet) with the lovers, the dreamers, and himself.

“Don’t you know that you yourselves are God’s temple and that God’s Spirit dwells in your midst?”— 1 Corinthians 3:16

God’s Rainbow Connection: Fractal Code and Resurrection introduces many new ideas, beginning with a fractal periodic table of repeating “elements” or concepts in the Bible. Then it proposes a hybrid origin of life theory which describes how encoded cellular agency is a middle ground between Intelligent Design due to repeated external interventions by God and a version of evolution that is only caused by unguided random accidents. This new theory is a synthesis which follows the dialectical method often attributed to philosopher G. W. F. Hegel and it helps to resolve what some people perceive as a conflict between religion and science.

The theory is called “Conscious Emergence” and it is primarily based on recent scientific discoveries, such as those at the smallest scale like quantum delayed-choice experiments, quantum-critical biochemistry, and quantum tunneling in DNA repair. It also includes discoveries at the largest scales, such as evidence that the universe is holographic and has been undergoing a relatively slow and steady expansion compared to the currently popular model of rapid cosmic inflation after the Big Bang. Along with unexpected patterns in the cosmic microwave background (CMB), this has theological implications.

The book then discusses what the author calls “Information Trimonism” and how code in fractal patterns appears to be the long-awaited missing link between mind and body, solving an almost 400-year-old problem in philosophy! It also talks about the way the physical, “organizational”, and mental aspects of information can be mapped to the concept of the Trinity. Then the book covers how neurons in the brain surprisingly use the same kind of math which is found in quantum mechanics, holography, and control system analysis. This mathematical operation is known as a Fourier transform and it converts a signal into its component frequencies, similar to how a prism reveals that white light contains a hidden rainbow of colors.

“Toto, I’ve a feeling we’re not in Kansas anymore. We must be over the rainbow!”— Judy Garland as Dorothy Gale in The Wizard of Oz (1939)

Next, the book identifies a “materialist’s paradox” and describes a significant improvement to the first improvement of the watchmaker analogy in over 2,000 years. The book points out that rather than watches being complex (which is subjective), it is actually their intrinsic ability to objectively encode information containing “symbolic meaning” similar to living organisms with DNA that allows the existence of teleology, mind, and God to be inferred. This is because so far, every digital code humans know the origin of has come from a conscious mind and a prize which is potentially worth 10 million dollars if an exception can be found is still unclaimed.

Then the book explains that watches and living organisms also depend on non-random error-correcting systems governed by non-physical control principles acting similar to a “spirit of correction.” For example, the various DNA repair systems found in cells apparently rely on logical comparisons to create an emergent low-level “logical loop” of feedback. According to the most recent science, the interdependent relationships between the parts, code, and logic that are necessary for life could not have been formed gradually by the purely materialistic version of evolution known as neo-Darwinism.

Interestingly, the fact that some of these DNA error-correcting systems depend on quantum tunneling means the genetic code can be indirectly linked to some of the laws of physics. In addition, this logical loop can also be used as the basis for indirectly connecting ethical/truthful human behavior with the regulatory mechanisms in our cells. The author calls this concept a “Biological Jacob’s Ladder,” and it ties the three traditional branches of philosophy dating back to the ancient Greeks together for the first time!

Finally, the book describes multiple parallels between control engineering and the Bible, like how repairing a broken hologram can be used as a metaphor of Jesus’ resurrection. Since the universe appears to be holographic and holograms are encoded redundantly, this means it would be possible for God to use logic and restore any of the pieces which are missing, including raising Jesus from the dead. If you want to learn more, you can read a summary of the book which has several diagrams or a much longer 80/20 version that also contains a lot of references.

“Each person has been ‘given enough rope to hang themselves.’ However, by following God’s instructions and Jesus’ example, we can weave our ropes together into a safety net that is big enough to catch everyone who chooses to jump into it.”— Craig E. Duncan